Understand what ACI really is and the evil that could be sitting beside your WiFi!

ACI stands for Adjacent Channel Interference. ACI is caused due to signals which are adjacent in frequencies. The interference occurs when the filter on the receiver side mixes neighboring signal frequencies with the actual passband. If an AP is using a 20 MHz wide spectrum and the adjacent channels are only separated by 5 MHz. Then, channels (for example 1 & 3) will have a significant frequency overlap which will create interference.

This is worst than co-channel because it is received and looks like noise. Co-channel causes contention on the channel but because of CSMA/CA, there are PHY and virtual carrier senses that work to keep the data packets from interfering with each other. While this will slow down your speed it won't cause data corruption. When a packet of data is sent over the air and becomes corrupt then the packet is not acknowledged by the receiver. The transmitter radio doesn't receive an ACK packet and has to resend the data packet all over again. This layer 2 retransmissions can cause severe total data throughput to slow down.

Imagine the total spectrum. There are a total of 13 channels in the USA that we can use in the 2.4GHz band. But... only 3 are non-overlapping that's why we say use channel 1,6. and 11. 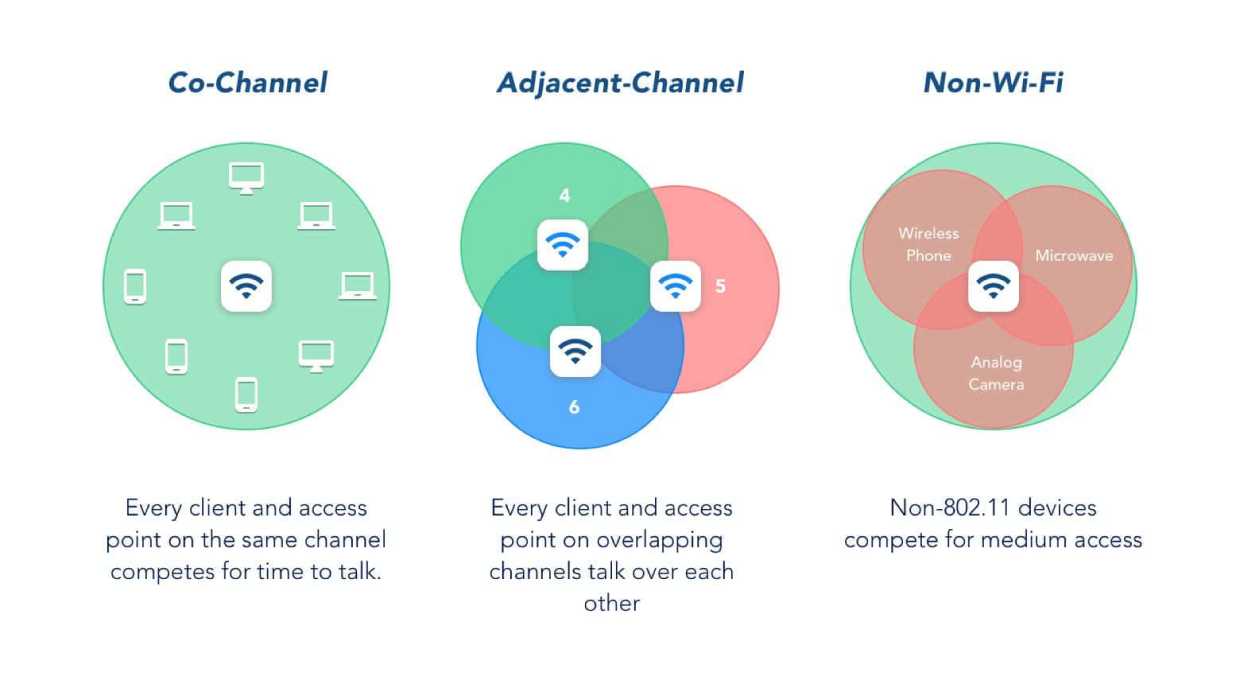 So, now you understand why the ACI is worst than CCI and is a true evil when it comes to your Wi-Fi speeds!

Use WiFi Scanner to you see if people around in your area using overlapping channels. Please refer them to use Wifi Scanner so they can pick a better channel and enjoy faster speeds!

A quick tip, use the filter at the top right in WiFi Scanner to quickly search if there are any adjacent channels being used next to the channel you are using. Type all non-standard channels as below and see if anything is listed under in the SSID list!

Another quick tip, to really see the ACI going on around you in real-time look to our ACI graph. Click on "Signal Summary" located in blue and look in the middle at the graph labeled "Adjacent Channel Interference". As you can see from the picture of my network I do have some ACI from neighboring networks that are using 40MHz wide channels. Your graph will look different! 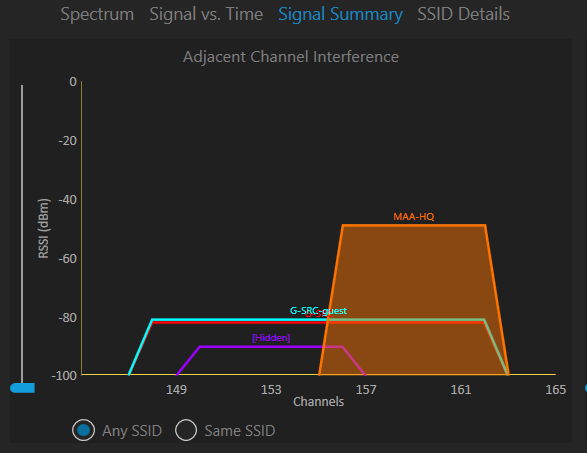 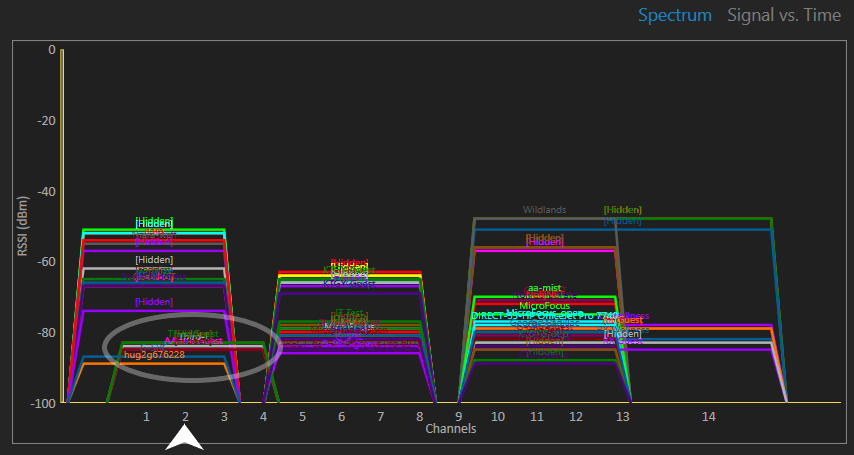