TKIP versus CCMP for WiFi security

Later implementations of WPA support Advanced Encryption Standard (AES) instead of TKIP. AES in short is a very strong and efficient encryption algorithm, many applications beyond WPA/WPA2 use AES provided security encryption and ensure confidentiality.

In WiFi Scanner the security column shows the authentication and encryption type configured per SSID. 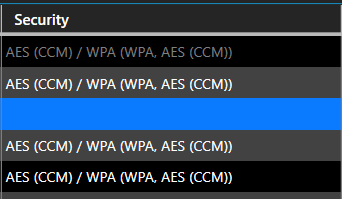 You can also see who is using WPA2 but with TKIP supported. 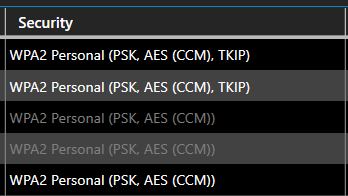