The IEEE 802.11ax-2021 standard, which has been marketed by the Wi-Fi Alliance as Wi-Fi 6, focused on high-efficiency for overall improvements in dense environments. Wi-Fi 6 was initially limited to the 2.4 GHz and 5 GHz wireless frequency bands due to Federal Communications Commission (FCC) regulation in the United States. In April of 2020, the FCC unanimously voted to open the 6 GHz band for unlicensed use in the US.

Following the change in FCC rules, the Wi-Fi Alliance added the Wi-Fi 6E designation in 2020 for devices that support the 6 GHz spectrum.

According to the Wi-Fi Alliance, with access to superwide channels, 6E promises "higher performance, lower latency, and faster data rates." 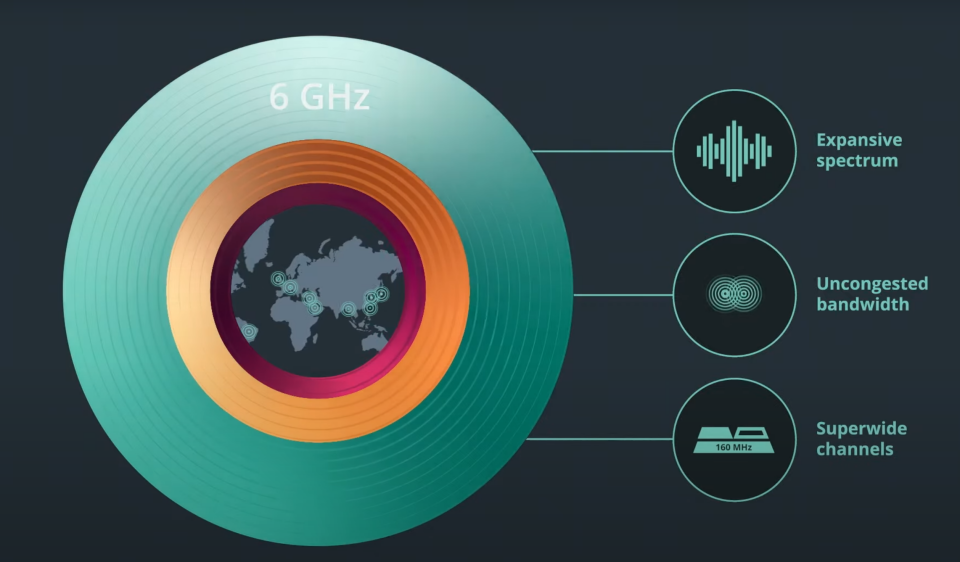 Access to the 6 GHz spectrum allows for decreased congestion and lower latency - less than 1 millisecond - this is great for video calls, online gaming, and virtual computing sessions.

Do you want your device to support WiFi 6E? If you have a PC, we've included 5 links to affordably priced wireless cards that will bring WiFi 6E support to your computer.